London is amongst one of the hottest tourist destinations in the world. Millions of visitors flock to London every year in their quest to see the various attractions that the city has to offer. The City is blessed with abundance of museums, palaces, magnificent landmarks, and wide variety of cultural sites including the parliament buildings, Buckingham palace and the Camden Town Market.

Being a tourist destination, London offers wide range of accommodation to its guests. There is no dearth of hotels as there are themed hotels in the central areas, every kind of hotel to suit the budget of every type of traveller, and little cottages or inns are also there for those who prefer peace and quietness in the outskirts of the city.

The City is well-served by good transport link, thus making it easy for you to go to any tourist attractions. You can also stay in any of the hotel and plan your short break to the city. 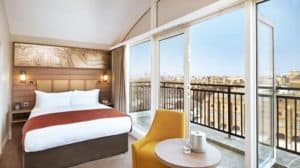 However, if you want to make your stay in the city incredible, it is advisable to plan out your visit in advance. You can look out for accommodation from where you can get easy access to local attractions, shopping, and entertainment. Find the best accommodation which puts you close enough to the attractions you want to visit and is friendly to your wallet, without compromising on quality of service.

If you are a budget traveler, you can find several hostels and hotels located close to Tube stations or near main tourist attractions and vibrant nightlife spots, including a wide variety of clubs, theatres and music venues. So, whether you are a leisure traveler who have come here to enjoy the attractions or catch the royal sights, or a business traveler on a business trip, the plethora of accommodation available will ensure that you are not bereft of any of the happenings in the city. 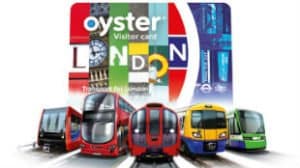 To make your travel in the city easy and convenient, you can take advantage of the Oyster card which is quite handy. This swipe card can be topped up in much the same way as a mobile phone top-up card.

The Oyster card will make your travel around the city easy and hassle free, as the fares tend to be cheaper if you have this card with you. Not only this, but it also saves your time as you do not need to worry about  having the right amount of change in your pockets for the bus or train.

With an Oyster card you can travel to any part of London without the fear of being stranded in the middle of your tour.

London has many stores and newsagents where you can top-up your Oyster card without your need to travel to a tube station to do so.

The Oyster card can change the entire perspective of your trip and gives you the opportunity to top-up in preparation for a day trip.

Top 10 things to do in London

If you are planning on spending a vacation in London, make sure you take full advantage of this gorgeous city with all that it has to offer. The city of London is full of an exciting array of places to go and things to do and see, for people of all cultures and ages. Being one of the biggest cultural capitals in the world, this city offers sightseeing opportunities and tourist attractions like nowhere else. Travel to London involves experiencing the city in all its splendour and fantastic sightseeing.

Here are ten of the best sightseeing places in the city of London: 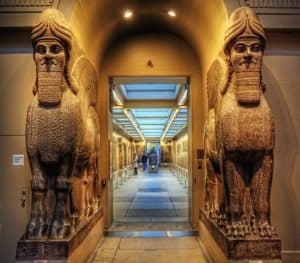 Founded in the year 1753, the British Museum had a collection of over 71,000 unique items that had all been contributed by Sir Hans Sloane. In the 1800’s, this museum gained in popularity and began to flourish, which in turn increased its inventory of items to more than seven million. The museum’s charter declares that it should be open free of charge to all those curious people who are interested in learning more. So, come spend a day wandering through the eternal, labyrinthine corridors, exploring and discovering some of the greatest works of mankind’s cultural accomplishments and some take in some of the greatest relics of the Egyptian and Greek empires.

Drawing nearly four million visitors each year, the London Eye has become one of the most popular sightseeing attractions in the world today. This gigantic wheel stands almost 135 meters over the entire city of London and is presently considered to be one of the tallest observation wheels in the world. This wondrous creation of modern engineering permits tourists to view all of London with an entirely new perspective, allowing them to see parts of the city that are generally not visible from the ground. Visiting the London Eye has been described as an enchanting and inspiring experience and no vacation to London is complete without visiting this monument.

Saint Paul’s Cathedral, designed by Sir Christopher Wren in 1673, offers a captivating picture of the British Empire of the yesteryears and is a historical accomplishment of the reconstruction that took place after the great London fire of 1666. Famous for hosting royal celebrations like birthdays, weddings and even funerals of some of Britain’s greatest leaders, the Cathedral attracts millions upon millions of tourists every year and is a must see for your visit.

Situated in the very centre of Trafalgar Square, the National Gallery is home to some of the finest works of art in the world. Some of these pieces date back to the 13th century. Construction of the gallery commenced in the year 1832 and ever since it has collected many great pieces of art, which include works by Monet, Van Gogh, Da Vinci, Renoir and many more. A visitor can probably spend days trying to view all of the contents inside the gallery.

The London Zoo, which is in Regents Park is one of the most popular zoo’s in the world and houses as many as 12,000 different species of animals. Considered to be a must see, visitors travel from all parts of the world to see the animal shows that are held daily.

One of London’s most contemporary galleries, the Tate Modern consists of superb collections and diverse exhibitions of modern art, so be sure to check what is on before your visit.. Appealing to both, children as well as adults, connoisseurs as well as novices, the Tate Modern houses grand collections of artists like Andy Warhol, Matisse and Bacon.

The Tower of London

Constructed with white stone that was imported from France, the Tower of London or the Bloody Tower has been known to imprison, protect and even execute the wrongdoers in the past.

An enigmatic gothic building that is home to some of the largest collections of dinosaurs in the world, the Natural History Museum consists of exhibitions that dominate the huge halls and tower.

Madame Tussauds museum is filled with life-like waxworks and animated displays that demonstrate the dark side of British history.

It is a medieval work of huge significance and the burial ground for some of the most famous statesmen, kings, scientists, poets and musicians since its completion in the 11th century. Westminster Abbey offers some extremely interesting literary works and artistic talent in the way of paintings, books, murals and tombs.

Travel London: Past and the Ever-Present

London Bridge may have fallen, but this tenacious society has a knack for bouncing back from just about anything. Even though large parts of the city’s visible history has been wiped out by centuries of rebuilding, fires and modernisation, London is still a fundamental icon of the global past, present and future. Monuments, museums and the presence of the Royal Family all create an air of London’s ancient and imperial history.

London Reality: From Lacklustre to Illustrious

During the Industrial Revolution, London was by far the most polluted city in the world. The infamous London Fog killed thousands of people while Parliament had to move away from the River Thames due to the unbearable stench. London cleaned up its act since then but the streets are still a composite of poverty and wealth, doldrums and brilliance. The proximity of these realities is what makes London so fascinating and unique to the city’s visitors. 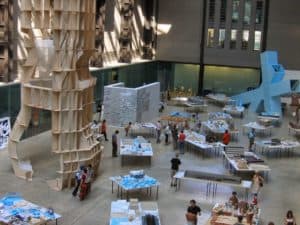 The Tate Modern Museum is a leading example of how London likes to reinvent itself. The exclusively contemporary museum is housed in the old Bankside Power Station, contributing an industrial, factory-like feel with sharp lines and a smokestack exterior. From the Tate, the sleek Millennium Footbridge stretches across the Thames with the elegant St. Paul’s Cathedral jutting paradoxically into the sky beyond. Just down the bank, Shakespeare’s Globe Theatre also stands in a dilemma of time periods. The shiny plated sphere shatters the mental image of Old English literature and seems to be a modern nod to a coveted and precious part of London’s cultural identity. In the centre of London’s progressive bustle, Buckingham Palace sits as regally as it ever has while visitors press up against the iron gates daily to view the ceremonious changing of the guard.

London stands apart from other major cities due to its unusually expansive range of parklands. Hyde Park once served as Henry VIII’s hunting ground and covers 350 acres of land, divided by Serpentine Lake. The Park is used for many public events and is contiguous with the prestigious Kensington Gardens. An interesting twist to greenery can be found in the Highgate Cemetery, known for its eerie Victorian-Gothic tombs and overgrown catacombs.

Eat, Drink, Shop, and be Merry for tomorrow you will Sleep 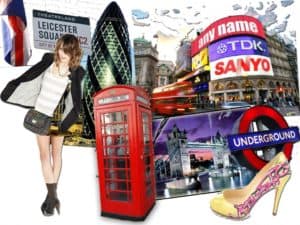 Busy Londoners love to consume and indulge. Even in this rather fast-paced commercial capital, the nightlife is even more tireless. Pubs are packed in the early evenings and some of the world’s most famous nightclubs rage until dawn. The world’s top restaurants are booked until midnight and offer some of the finest dining experiences anywhere, with a focus on international cuisine. During your stay in London you will indulge, buy, see and schmooze, but any attempt to schedule sleep into your itinerary may be foiled.