A city beyond compare, the UK represents itself as an icon of diversity with people from all walks of life blended into its culture.

The United Kingdom, also known as England or Great Britain is the country which once ruled nearly the entire world with the British Empire. The glory days might have gone but the people are still extremely passionate of their country and heritage and the travel and tourisim industries are among the very best in the world, especially if you like queuing. The United Kingdom is soon to be a non member of the EU and enjoys a fantastic economic climate. The country consists of England, Scotland, Wales and Northern Ireland, otherwise known as Great Britain and is full of scenic locales and energetic cities. 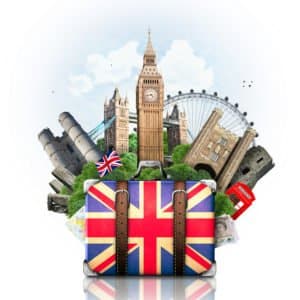 The capital city of the UK is London. A city beyond compare, the UK represents itself as an icon of diversity with people from all walks of life blended into its culture. It is also home to many architectural marvels such as Buckingham Palace, London Bridge and more modern fare such as Canary Wharf. While areas like York and Durham capture the bygone era of country life, Liverpool and Newcastle are modern industrial marvels. Donít forget the scenic Lake District and Edinburg still attracts people from all over the world.

The population is around 61 million and the official language is English. Other regional languages spoken are Welsh, Scottish Gaelic, and Irish.

It is located in Western Europe and consists of islands including the northern Ireland. It is 22 miles from the French border and linked by the chunnel or channel tunnel. You will love the green rolling lowlands and low mountainous terrain.

It has a moderate climate but lots of rain with around half of the year being overcast. The lowest temperatures never go below -15 ∞C (5 ∞F) and in summer the average maximum is 34 ∞C (93.2 ∞F). It also gets snow in winter and early spring.

The handshake is customary when you are meeting somebody for the first time much like in the US or other countries. If you are visiting someone’s house, a small gift like flowers or chocolates is customary but never expected. There are a lot of social etiquettes of which, waiting until everyone is served before eating is one. Basic rule of thumb is to put others before you and always be polite.  Tipping is usually 10-15% in hotels, restaurants and taxis but remember to check to see if service is included before tipping as this has become very common, especially in the cities. Smoking in public areas is prohibited though you can smoke in the street as long as you are away from doorways and entrances. 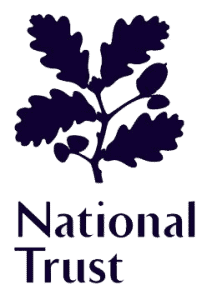 The British Tourist Authority will point the way to the choices in travel savings for United Kingdom sites. They offer quick links to flights and transportation sites in Great Britain that will take you to such airports as the famous, Heathrow International Airport, where travel to other points of interest are available.

There are terrific travel savings for United Kingdom sites offered in the many forms of transportation that is available in Great Britain. The British Tourist Authority has all of the links that will conveniently take you to all available public transportation sites, rental car sites, taxi companies, and companies that will transport you direct.

When you can travel the best routes between all tourist destinations to be found in Great Britain, then the travel savings for United Kingdom sites will be found in reduced rail ticket costs, and rental car costs, because you will know where you are going and will not have to spend money on petrol unnecessarily.

Sightseeing offers great travel savings for United Kingdom sites, because you see more of Great Britain than you would ever think possible. Convenient city maps can be obtained that will give the placement of every castle in the United Kingdom. If you do not care to drive, you can use the public transportation and save money in the fares that are cheaper than any other travel mode being offered.

Some of the unofficial guides to Great Britain will give you a hint about the travels savings for United Kingdom sites that will give you a first-hand perspective on what things there are to do at these sites, because these unofficial guides are written by people who have done the travels already. These people might be Londoners, or people from Peoria, Illinois and any other location in the world.

By learning from their personal experiences you will know of other unadvertised travel savings for United Kingdom sites that cropped up from conversations with proprietors of local pubs and eateries that were on your list of attractions to visit while you were in Great Britain.

At attractions such as Buckingham Palace, you can get travel savings for United Kingdom sites from the tour guides. They know the best places, with the best deals for all your needs that are within walking distance of the Thames River, and the business districts. There are millions of people that in Great Britain. See where they go, and how they bargain for prices. Some of the ways will surely delight you.

The locals are the best source of information about travels savings for United Kingdom sites. Talk with them, and you might even get some advice about the local delicacies such as fish and chips, and which size lager is proper for a lady to drink. The United Kingdom is full of friendly people who do not mind pointing out a good place to eat at a reasonable price.