If you’re in Leicester and the British weather turns a bit, well, British, then fortunately all is not lost. Leicester city centre and its surrounding areas actually have a ton of fun indoor activities, including a variety of museums, bars, entertainment centres and cultural experiences. So if you’re stuck for things to do in Leicester in the rain then look no further…

Indoor activities for families and kids 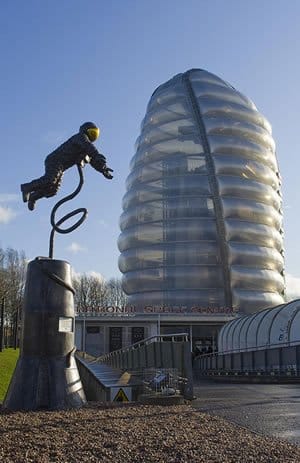 For parents, there are few things worse than rain blighting the children’s school holidays. Kids stuck inside as the rain pours down; desperately searching for things to do as they slowly drive each other (and you) around the bend!

With outdoor attractions out of bounds, why not quell the boredom with a trip to Leicester’s Meridian Leisure Park where you’ll find Hollywood Bowl, Vue Cinema, 360 Play Centre and a number of family-friendly restaurants to while away a few hours.

If you prefer something with an educational slant, visit the National Space Centre where you and your family can enjoy out-of-this-world interactive exhibits and experience the largest planetarium in the UK, opened by astronomy hero Sir Patrick Moore.

Alternatively, let them run off some steam with a laser tag adventure at Megazone or take to the track at Loughborough’s FK1 Indoor Karting venue. For something a little calmer, how about an afternoon at Lollipops Pottery Painting Studio where parents can take a break and enjoy a coffee, whilst the little ones get stuck into something creative.

Shop ‘til you drop. Then wine and dine.

Extensively refurbished and extended in 2008, The Highcross shopping centre is now home to approximately 120 shops, including the largest John Lewis department store in the Midlands. You’ll find the usual clothing chain stores as well as some more quirky and independent boutiques. Come to the Highcross for large branches of Zara, H&M, Urban Outfitters, All Saints, Mango, Reiss, Topshop, and more.

Buy pretty (and supremely affordable) homewares in the newly opened branch of the Danish design store Tiger, and when you’re all shopped out, the 12-screen Cinema De Lux can provide further entertainment away from the rain.

Places to eat in Leicester?

When it comes to dinner, one of Leicester’s favourite restaurants, Turtle Bay, provides Caribbean inspired dishes and an extensive list of rum cocktails, while high street favourites such as Carluccio’s, Cafe Rouge, Byron, Chimichanga, Krispy Kreme, Nando’s, Pizza Express, Patisserie Valerie and Yo! Sushi all have branches in the shiny new Highcross extension. 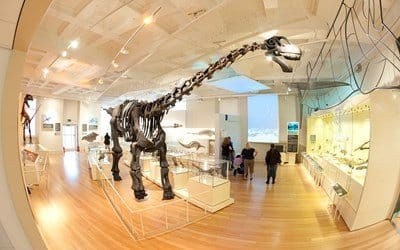 Leicester has several longstanding museums in the town centre, and entrance to these is totally free.

Learn about Roman Leicester in the small (and slightly dated, but still worthwhile) Jewry Wall Museum, which includes the foundations of Leicester’s own Roman forum, as well as coin hoards and a well-preserved mosaic floor.

Heading back into town, the medieval Guildhall is a gorgeous building that’s hundreds of years old, and home to fascinating displays relating to medieval Leicester, as well as a pretty independent cafe and creepy old jail cells.

The pretty Georgian boulevard of New Walk is home to the New Walk Museum and Gallery, which has a branch of Costa Coffee inside, as well as frequently changing exhibitions. The permanent displays at the New Walk Museum include the Victorian Gallery, with work by several famous Victorian painters, as well as ceramics by Picasso, and the ever-popular dinosaur and Ancient Egyptian displays, the latter complete with preserved mummies.  For more information on Leicester museums, check out the dedicated things to do in Leicester guide.

If you prefer an arthouse movie, Leicester’s only independent cinema, The Phoenix, screens documentaries and foreign language films, as well as showcasing homegrown and local talent. There’s a small art gallery here too, and the bar serves tasty food as well locally brewed Leicestershire beers and ciders. 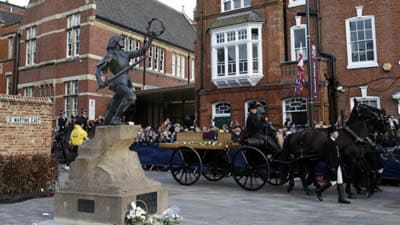 Richard III has made a name for Leicester in recent times, so it’s only fitting that the much maligned old king be included in this rainy day guide.

Since Richard’s reinterment, his tomb is now on public display inside Leicester Cathedral, and is free to view.

While you’re in the area, pop across the street to the new Richard III Visitor Centre, which has taken over a building on the site adjacent to the council car park where Richard’s bones were famously discovered in 2012.

Spend an hour or two inside and see the spot where his remains were unearthed, as well as learning about the truth behind the DNA testing. The lower level is about Richard’s medieval life and legacy, while the upper levels concentrate on the science behind his recent amazing re-emergence.

If you would like additional ideas for things to do in Leicester, why not take a look at more of the attractions and events in our other Leicester guides. 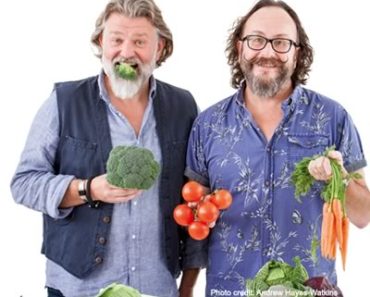 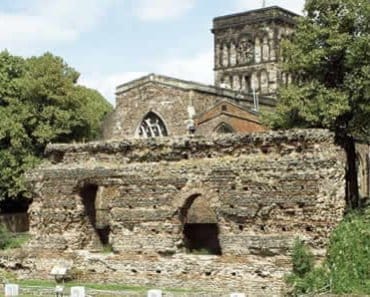 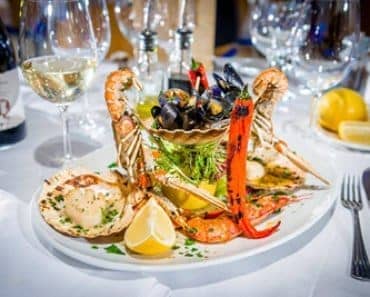 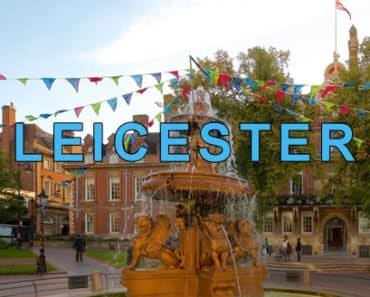