Some are true, and some are just plain tall, but they are all guaranteed to grip the imagination.

Here are just a few of the characters, customs and events which have boggled minds and set hearts beating a little faster down through the years. 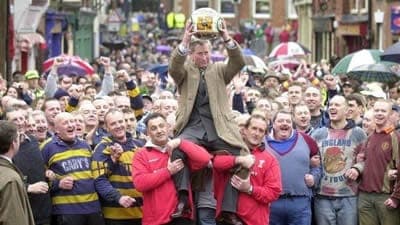 Every year, on the afternoon of Shrove Tuesday, a football game best described as a friendly war kicks off in the normally peaceful town of Ashbourne.

With goals three miles apart, teams of unlimited size, and the river as part of the pitch, scoring is a rare event.

It is thought the game was originally played as part of pagan rituals which welcomed back the sun after the winter solstice, or celebrated the return of spring.

Nothing to do with sartorial elegance, well dressing is a tradition in Derbyshire villages scattered among the Peak District which may date back to our Celtic forebears. 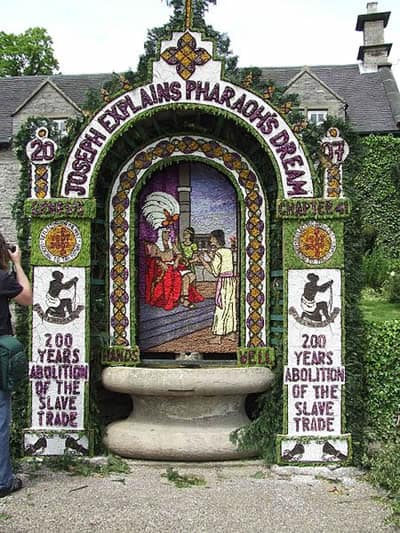 Every year, during the summer months, villagers create huge pictures from brightly coloured petals and leaves. Only natural materials are allowed, which means the masterpieces usually last no more than a week.

The pictures are created in massive wooden trays measuring anything up to 12 feet wide and eight feet high. Clay is packed into the frames for the floral artists to use as an organic ‘canvas’.

Drawings and patterns are etched into the clay, while colour and texture are added by the careful addition of petals and leaves, berries and bark, grasses and moss, lichens and peat, fruit and vegetables, and even wool.

When the works of art are completed, the well dressing panels are blessed at a special service.

Originally dating back to the pagan worship of water spirits, the custom was outlawed when Christianity came to Britain.

But you cannot keep a good tradition down for long, and well dressing was revived just after the Great Plague of 1350. The villagers of Tissington dressed their well and dedicated it to the Virgin Mary, to give thanks for surviving the Black Death, as they believed their survival was because of the purity of the local water.

No one knows for sure who first spotted ‘the finest ram, sir, that ever was fed on hay’. Legend has it that this fabulous, fearsome beast was ten yards tall, had a tail like a bell-rope, and the teeth of a regiment of men. The butcher who finally slaughtered the ram was said to have drowned in its blood.

Today, the Derby ram lives on in the thriving city from which it took its name. Most notable among the organisations which use the monster as their emblem is Derby County Football Club, known throughout the soccer-playing world as ‘the Rams’.

To find out more, please take a look at our things to do in Chesterfield guide, it is packed full of information to make your visit more enjoyable. 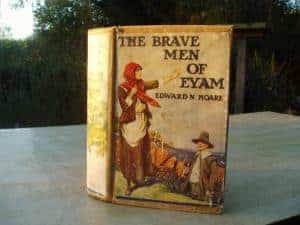 1665 was the year in which the Great Plague swept through Britain like wildfire.

In the village of Eyam, the epidemic is supposed to have arrived in a plague-infested box of laundry. Five out of every six villagers died.

The courage of the doomed villagers and of their rector, William Mompesson, who survived, is no legend. Once the disease began to claim its victims, Mompesson persuaded his parishioners, to isolate themselves from the outside world and prevent the plague from spreading to other communities.

Little John, one of Robin Hood’s fabled band, is said to have been born in Hathersage, and there is a ten feet long grave whose headstone bears his name in the village churchyard.

The tomb is said to have been opened during the 19th century and a 32-inch thighbone recovered, but the evidence was returned to its resting-place after the man who ordered the exhumation suffered a series of mysterious accidents. 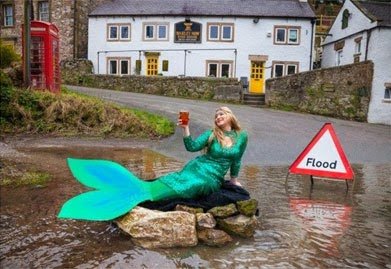 Legend has it that, if you dare to go to the pool at midnight as Easter Sunday begins and gaze into its dark waters, you will see a mermaid swimming beneath the surface.

Caverns in the rock at Treak Cliff are said to be the only place in the world where you can find the mineral Blue John – a stunning rock banded in red, blue, purple and yellow. 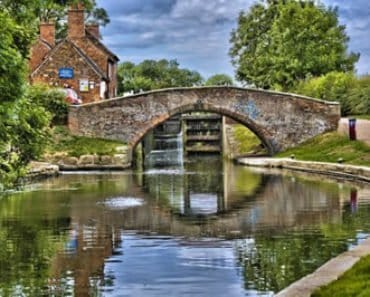 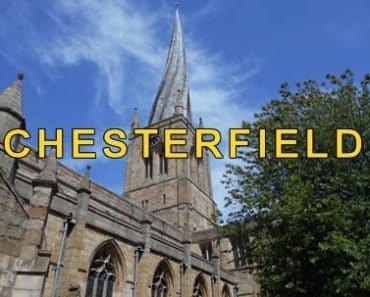 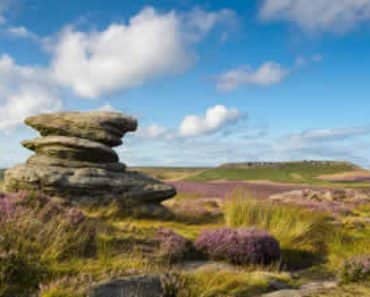